How to use mass transit in Rio

Getting Around in Rio de Janeiro

While most people prefer getting around by car (rental, taxi, or ride-share) Rio de Janeiro is known for having some of the worst traffic jams in the world. Public transit in a large chaotic city may seem daunting, but there are some options that you can choose to avoid wasting hours of your vacation sitting in traffic.

I don't recommend trying to take transit buses, as you need to already know where you are going in order to ring for your stop. With train systems, you can check the map and plan your excursion in advance, and feel confident about where to disembark. The following transit systems are clean, reliable and as safe as you can expect to be in a major city.

Note: The word CENTRAL refers to Central do Brazil, the mass transit hub where trains, subways, buses and the light rail converge. The word CENTRO refers to the downtown district of the city.

RioCard+Mais is a prepaid fare card accepted on all of the public transit systems. There are a few different types of cars, but the pink RioCard+Mais/Expresso is the one you want.

You can find self-service terminals at the main Metrô (subway) stations or at the VLT stations. The initial purchase of a card will cost R$4 (four reais) in addition to the balance you add for rides. You can pay with cash notes or with a debit/credit card. Once you have your card, you can use these same machines to add more money to your account as needed.

Beware: If you are buying your card from the machines in the subway stations, make sure you are at the correct machine. Buy a pink RioCard+Mais card that says "expresso" at the bottom. Do NOT buy the purple GIRO card - it only works on the subway! 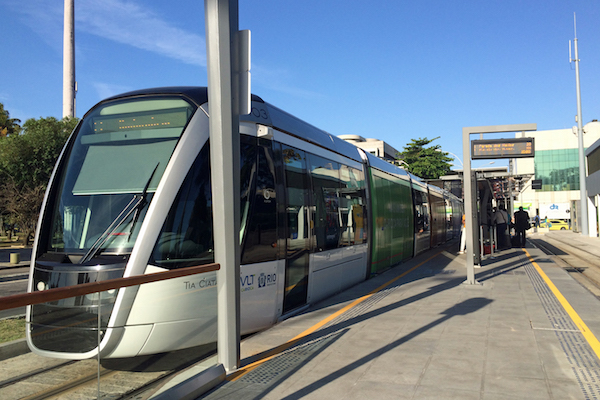 Note: Riders need to have their own cards. Because fare-checkers need to validate every fare, each person has to have one. You cannot opt for 1 group card and pass the card for each member of your group. The system is wheelchair accessible.

The Metro can be crowded but it is safe, clean and reliable. There are two main lines to use: the orange linha 1 that serves the center & south zones and green linha 2 that connects to neighborhoods in the north. In the center zone, these two lines overlap for 10 stations (from Central to Botafogo), where you can switch between them. Don't be confused by linha 4; it's simply an extension of linha 1.

The system claims to be wheelchair accessible, but elevators are often broken or closed. Station agents are available to assist people with disabilities which is especially helpful during peak hours.

Pay attention to the time: There are Women Only cars during peak rush hour. The Women Only cars are pink and well marked. The hours of enforcement are 6:00am-9:00am and 5:00pm-8:00pm on weekdays. 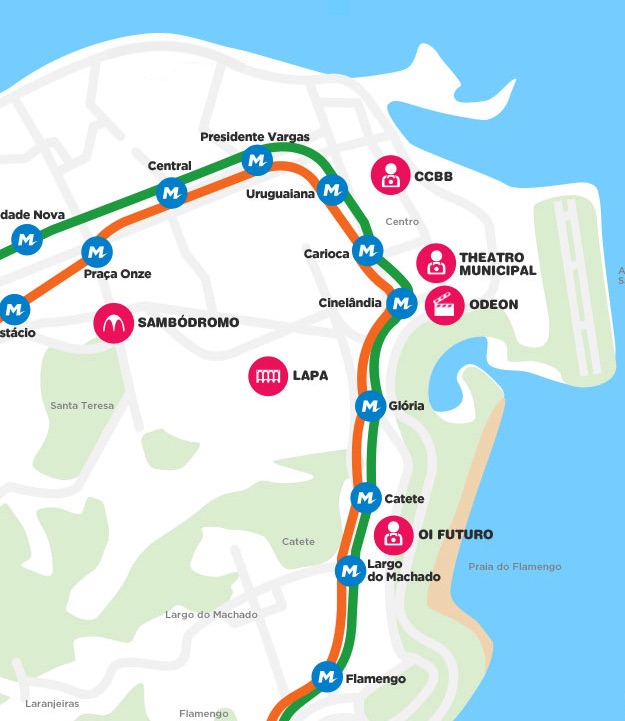 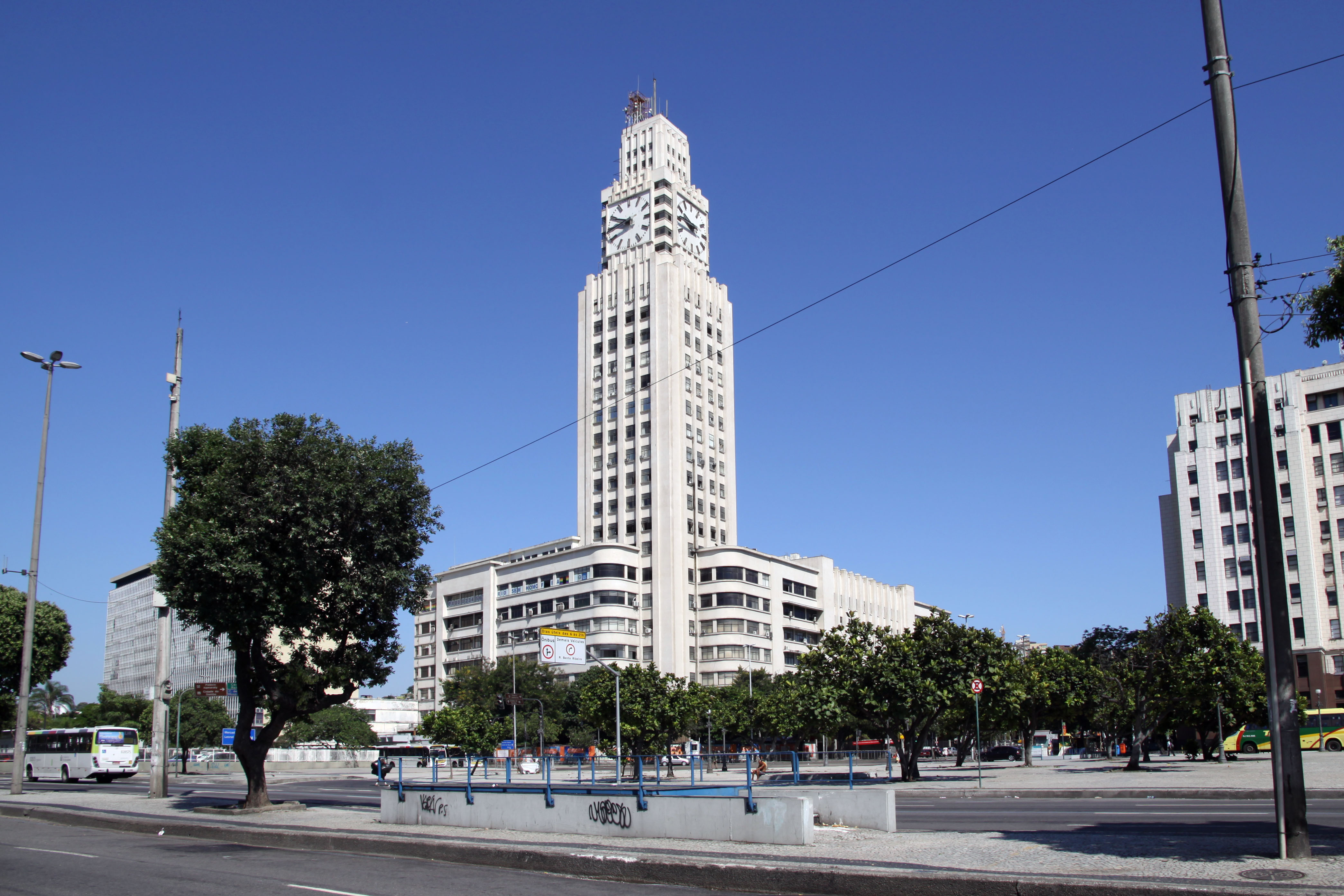 The Central Station boasts the tallest Art Deco clock tower in the world and is a site to see in and of itself. The main station of the SuperVia is located at Central, which you can get to by Metrô or VLT. It connects the center with different further neighborhoods in the north and west zones, known as the suburbs or the periphery, as well as municipalities known as Baixada Fluminense.

Be very careful when boarding or exiting these trains as the gap between the train and the platform can be a shocking distance! The contract for new trains failed to consider certain measurements and so the new trains don't fit properly in the stations.

Pay attention to the time: There are Women Only cars during peak rush hour.. The Women Only cars are pink and well marked. The hours of enforcement are 6:00am-9:00am and 5:00pm-8:00pm on weekdays. 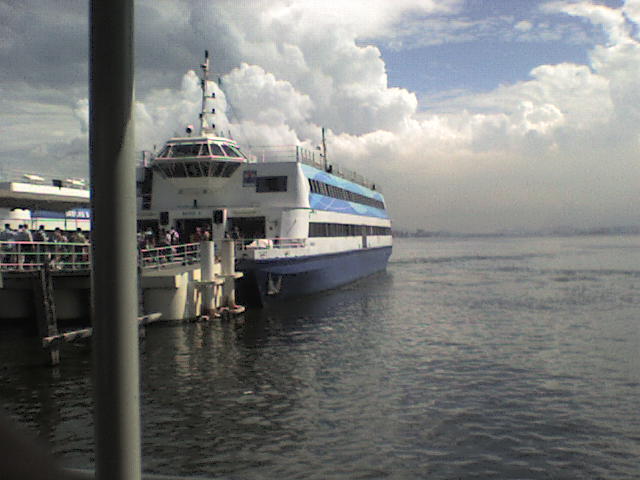 You can even use your RioCard+Mais on the ferry boats that leave from Praça XV, with destinations to Niteroí and Paquetá. The system is wheelchair accessible.