Before Embarking on this Tour 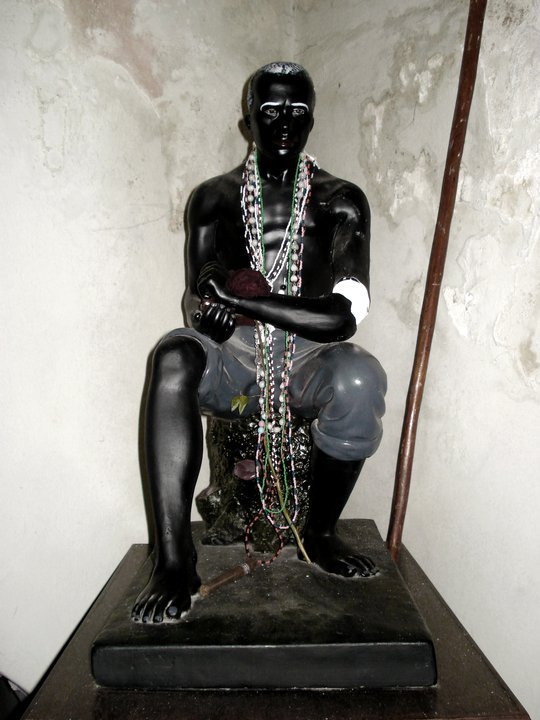 It is important to talk about some words and to understand the difference between designations of "color", of "race", and of "ethnicity". You'll notice that I use both African and Afro-Brazilian, and at other times, I use the word Black.

Race systems refer to large groups and the definitions of the edges of those groups are different in different places. Most people understand or have heard of the One Drop Rule as it applies in the United States, for example. Brazil, on the other hand, does not designate "race" in the same way. "Race" is low-context. You belong to the group or you don't.

Color refers to one's skin, and color systems are those which privilege lighter skinned people over darker skinned people, so a person who is "lighter skinned" might be considered Black in the US, but not so in the Brazlilian "color" system. "Color" is high-context. Your color designation depends strongly on who is standing next to you, that is to say, you might be lighter-skinned at home, but darker-skinned at work.

Ethnicity, then, refers to the local culture of a group of people: for example, their native language, religion, foods, clothing and hair styles, etc. Everyone has ethnicity. Everyone. Even if you were raised by wolves in the jungle, you would have wolf-ethnicity!

All three of these categories are also temporal, local and in flux. Yes, it gets a bit confusing!

For the purposes of this site, "African" refers to a Black person born in Africa of any ethnicity (Bantu, Kongo, Yoruba...) brought to Brazil in captivity against his/her will. "Afro-Brazilian" refers to any one of their descendants, born in Brazil. "Black" refers to any melanated person with African bloodlines.

What you will not find here are investigations into Carnaval, Samba, Capoeira, or Chica da Silva. These Afro-Brazilian icons are already both well documented and well mythologized. You can find that information (and sort fact from fiction) easily elsewhere.

Finally, while this site emphasizes the period of history of the Atlantic Slave Trade, it's also of the utmost importance to remember that before that moment, there were already Africans in Brazil and throughout the Americas, and that during this period, there were also both Africans and Afro-Brazilians who were not enslaved. The Atlantic Slave Trade was a moment in Colonial New World American history, not the beginning of African history in the Americas! In fact, there were rather high percentages of Black people in Brazil centuries before the codification of Racial Systems and White Supremacy... in other words, there were Black people here long before there were "Black" people, as people carried ethnic identities long before the invention of racial categories and color systems.

So... good luck, have fun, be outraged, cry, dance, celebrate, ...all the while listening carefully to the songs of The Ancestors emanating from the fissures of your heart as it breaks into another million pieces.... and, then, with their Blessings and by their Grace, carry on the work...