Punishment Imposed on the Negroes 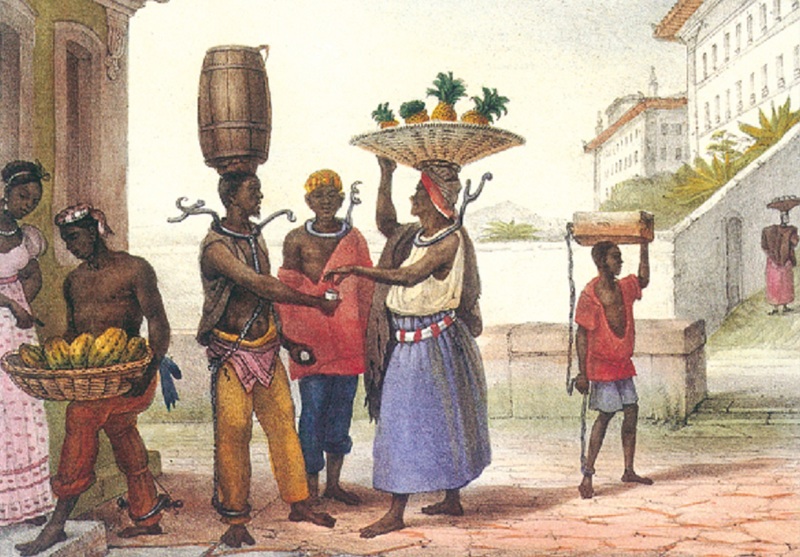 With the arrival of the Portuguese Imperial Court 1808, Rio de Janeiro began a transition from a bustling colonial port to a capital city fit for a European crown. One of the many projects that transformed the city was the French Artistic Mission, meant to bring European fine arts to Brazil. These artists would found the Royal School of Arts, which would become the Imperial Academy of Fine Arts, where today stands the National Museum of Fine Arts.

Let's examine one example to see what we can discover about using art as an historical record. The first thing we notice about this composition is how very pleasant it is. The city streets are clean and orderly and the people are posed elegantly in brightly colored clothes.