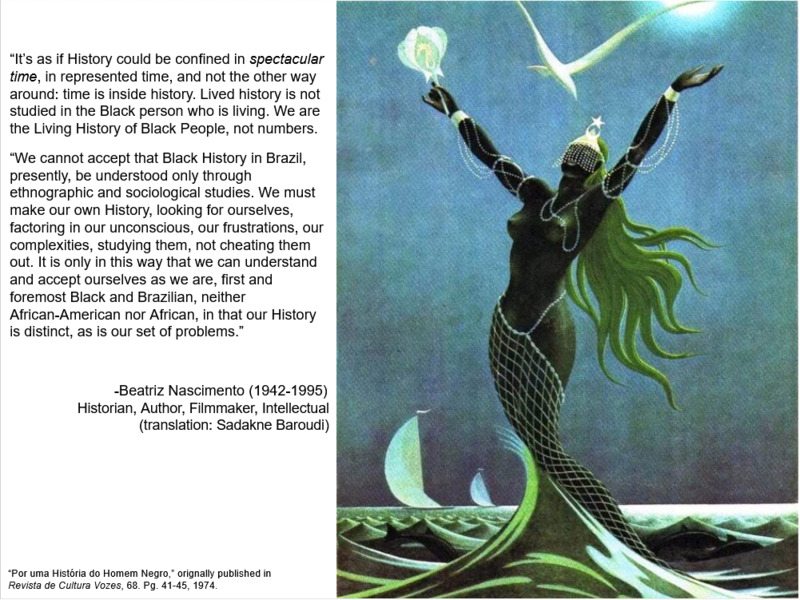 In 1974, Radical Historian Beatriz Nascimento published an article concerning the question of how to construct a Black Brazilian History. She critiques the occasional disjointed references to Black Brazilians as “contributors” to Brazil or being represented only as numbers. For me, in the quote above, Beatriz is talking about a Liquid Archive. A “Living Black History of Brazil” casts the body itself – a vessel of water – as an archive filled with records of memory. “To look for ourselves” reminds us that the very first human reflection was found in the water.

So this arsenal of Krenak’s “machines of war” – these maps, the maps they brought with them… I argue they can be found in the Liquid Archives.

• The colonial project continues.
• The dual genocides that laid the foundation of the nation-state are ongoing.
• The counter to the death-march of colonization is the life-flow.
• And...