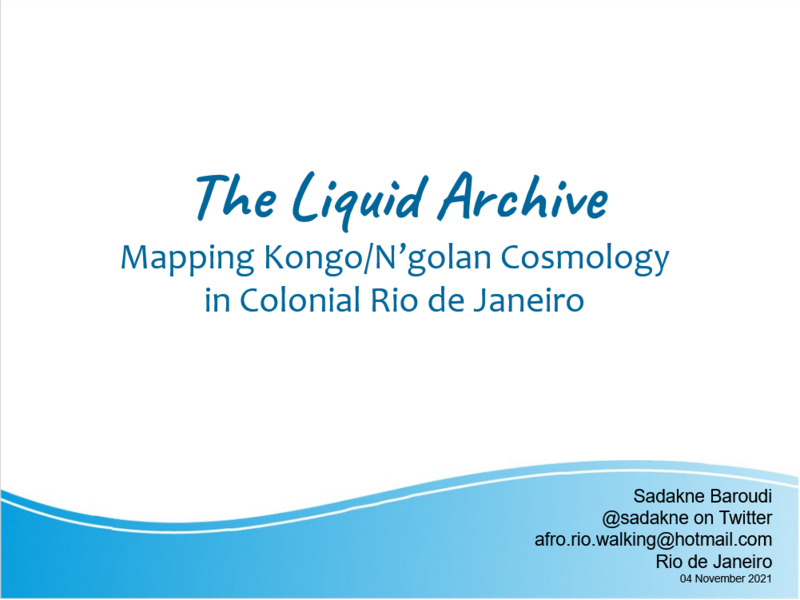 Hello, my name is Sadakne Baroudi and it’s a pleasure and an honor to be herewith you all today. I’d like to thank the organizers, Rhian and Caroline, for the invitation, and the sponsors for their support. And before we get started with the presentation, just a few minutes of background: I was born and raised in the United States, and at the age of 39 I decided to move to Rio de Janeiro – site unseen. I didn’t speak a word of Portuguese, didn’t have a job, didn’t know a soul. (If you want to call that a midlife crisis, those are your words, not mine.) I just wanted to see if I could land on my feet.

One of the first problems that I encountered in my new life was that of the question of race and color. I was baffled by the Brazilian color system and at a loss to contextualize various types and kinds of social interactions (some of which were rather aggressive) that I had encountered in the early months of this place that would become my home. Thinking in comparison between the US and Brazil, we have 2 countries that are quite similar in important ways: large geographic, resource rich territories; founded on dual genocides (the eradication of Indigenous populations coupled with the importation of a captured African labor force), cobbled together over time, and finally settled by immigrants from all over the world. Why, then, would these two rather similar countries end up with such completely different understandings of race and color?

As a trained Labor Historian, I decided to investigate, starting with chattel slavery as the foundation of the labor system and trace a comparative history. With that, the Afro Rio Walking Tour project was born in 2005. My intention at the time was to write a book, part history, part travel journal – a mapping of my own location in this new territory of Rio de Janeiro, if you will.

By 2010-2013, the city was undergoing dramatic changes due to having won the bids for both the 2014 World Cup and the 2016 Summer Olympics. The complex urgency of the moment caused me to change tack, scrap the book and put my work online. The first site presented each location on the map as a page on a static website, something you might read through while sitting in front of your computer. It wasn’t a map, so much as it was a description of a set of locations. By 2019, however, I was able to launch the 2.0 version using Omeka Curatescape to reformat the project to be much more dynamic and useful on a handheld device – something people could carry in their hand and go out walking and take a self-guided tour. You can access the website here: https://www.afroriowalkingtour.com